30 gold medals won, 15 club records and 3 county records broken in the first weekend of Counties with some superb swims achieved by superb swimmers 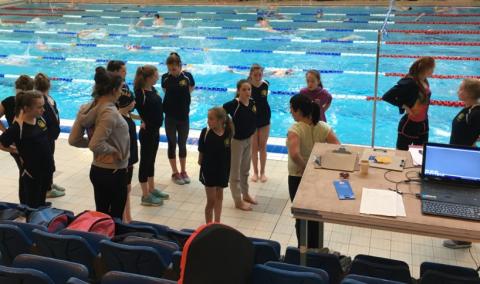 Swimmers are surely on target to achieve 60 gold medals this year at Counties as, after just a day and a half, we already have 30 gold medals.

Grantham swimmers dominated in so many events. Most of the swimmers achieved massive personal best times and they even bettered them in the finals. This is absolutely exceptional! The medals tally this time is, however, down to our younger swimmers who showed absolutely amazing determination.

Connie Philips dominated in fly events – achieving 3rd fastest time in Britain. Jemma Housego also came first with 4th fastest time in British ranking. Abigail Farkas in the same event also moved up in the ranking to 21st place and now she is on target to qualify for British Championships.

Evie Turner revealed her strengths and dominated BK races achieving 12th fastest time in British ranking this year in 50 meter event! Evie a year ago could not swim BR but massive stroke work improved her weakest stroke so Evie had no problem to win 100 IM achieving 21st fastest time in Britain! Amazing!

Caleb Mackey despite recent injuries managed to shave off a few seconds in his 400 IM and is now 15th in 400 IM in Britain!

Swimmers you delivered an absolutely amazing job! To win counties we have to swim superbly again in 2 weeks!

Medal table is also attached - so far Freya and Caleb are strongly leading our team!