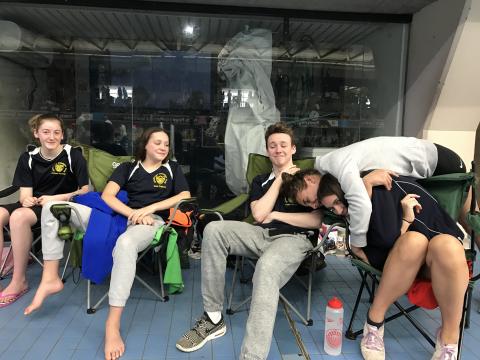 Billy Reed went to Sheffield for just one race – 400 IM. In this single race, Billy managed to break the club record, set a new county record and achieved the 9th fastest time in the British rankings! Impressive!

Freya Colbert broke 5 club records and 3 county records. Freya’s new personal best time in 800 free is not only the fastest time ever achieved in any age group in Grantham but also the second fastest time in the British rankings! Wow!

Jemma Housego keeps impressing with her ability to race. Jemma in a great 100 fly swim achieved the 6th fastest time in Britain and is setting a goal to become a National swimmer for the first time! Wow!

Abigail Farkas also managed to break a club record in 100 fly and she is on her way to PB soon again!

Molly Colbert, a different swimmer from Counties, managed to break 4 club records and was slightly off her time in 100 free! Next time Molly!

Caleb Mackey is the first swimmer to go under 26 seconds in 50 free in our club, setting a new club record. Caleb also swam an impressive 200 IM (new club record) and in the 200 fly Caleb moved up to 20th place in the British rankings.