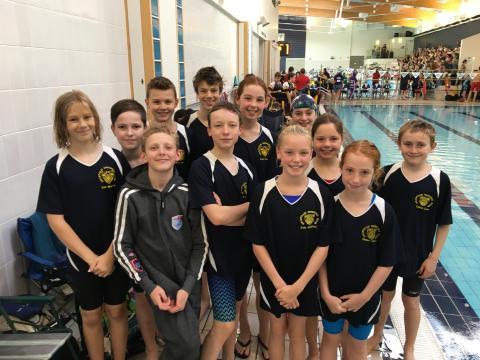 Callum Melville showed great speed and moved up to 7th place in Britain in 50 breastroke going under 39 seconds! Impressive!

We recorded strong improvement in 50 free – Evie Turner (nearly 2 seconds off), Isabel Bellamy and Katie Beardsmore (both nearly second off).

In 100 butterfly Callum Melville and Thomas Perks achieved personal bests by nearly 2 seconds this season! It is a strong early improvement! Thomas also improved the most out of boys in 100 backstroke by an amazing 3 seconds!

In 50 breastroke George Berwick shaved off a solid second, while Cade Barends and Niall Brown bettered their times by nearly 2 seconds!

Callum Lees, so early in the season, decided to swim 200 butterfly and dropped a respectable 2 seconds.

George Berwick had a strong 200 IM (over 2 seconds off) and Cade Barends improved by 4 seconds. Thomas Perks again recorded the biggest improvemant by nearly 10 seconds! If Thomas keep improving at this rate we will have another county qualifier!

George Berwick also improved his 50 fly which shows that he will be very strong later in the season. Niall Brown, Samuel Leveridge and Tom Berwick all clocked new PB times.

The boys made some nice surprise improvements in 100 free. Callum Melville improved by over a second coming first out of Grantham swimmers, but Niall Brown dropped 3 seconds, Sam Leveridge 4 seconds and Edward Bellamy 2 seconds!

In 200 fly it was time for Turner family. Evie dropped 10 seconds and she is currently second in the county ranking while Grace dropped 12 seconds! Wow!