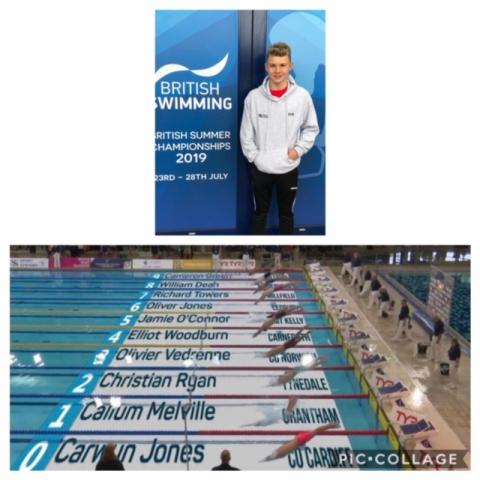 Grantham Swim Club are very pleased to announce that National swimmer Callum Melville has been selected for the Scottish Youth Development Squad. To qualify for this amazing achievement, Callum had to attain 4 "Silver Band" long course times. Being part of the Youth Development Squad will mean that Callum has to participate in training camps over the next swim season in Dumfries, Stirling and Aberdeen. In addition, he has also been invited to compete at the following:

There are also potentially some international meets that Callum may be invited to compete in, this will depend on age and performance.

Well done Callum - this is an incredible achievement!